Mark Anthony presents Unforgettable – A Tribute To Nat King Cole to commemorate the 50th anniversary of the death of a legend.

This tribute show explores the music of a true genius and a unique entertainer with a career spanning from 1939 to 1962.

Born in Alabama in 1919, Nat King Cole reigns among a very short list of music royalty as one of the most identifiable and most memorable voices in American music. In 1942, Cole was one of the first artists to sign with Capitol Records, and he recorded nearly 700 songs for the label, becoming the first Number One artist on Billboard‘s first album chart. During his 30-year recording career, Cole recorded more than 150 charting singles on Billboard‘s Pop, R&B and Country charts, a staggering record that remains unbroken by any other artist ever signed to Capitol Records, which led to the label being affectionately tagged, The House That Nat Built.

From Mona Lisa to Unforgettable, Nat King Cole’s songs are incomparable and his catalogue continues to sell in excess of one million albums per year around the world. Singer Mark Anthony presents this stunning tribute to the music and songs of Nat King Cole supported by a quartet of fabulous musicians recreating the mood of the 1950’s Cotton Club.

With rave reviews and sell out shows from around the country, book now for a truly ‘unforgettable’ afternoon. 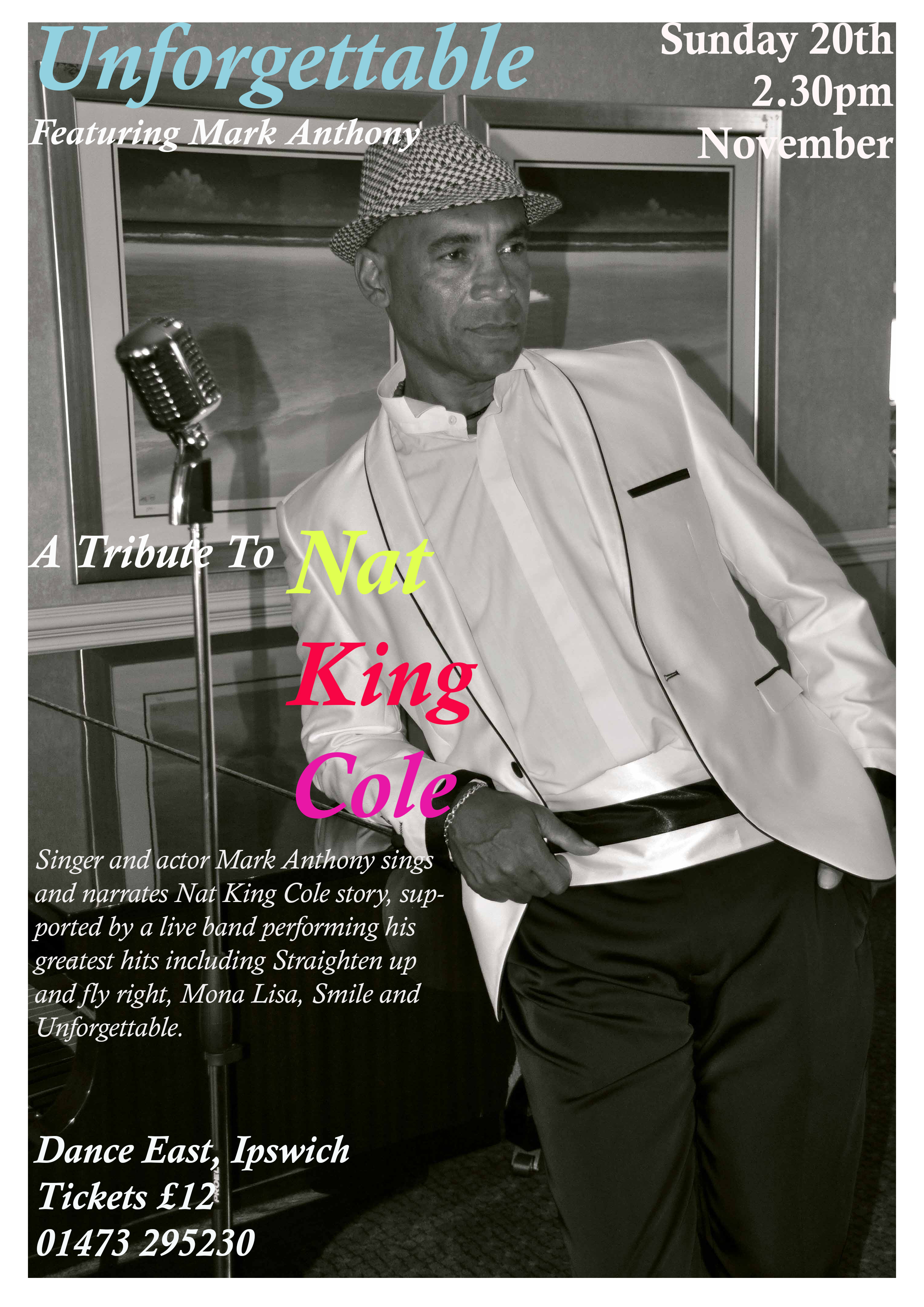