Quartier Paradis dives into parallel universes where there is no apparent endgame, a place built on the fantasy of an ardent greed for a power that continuously shifts. Where ritual, memories and ancestral heritage will keep you standing; revealing the alarming reality of a society locked in a cycle of tyranny. Who will eat the apple?

“They are strong, skilful and ready for anything”

National Youth Dance Company (NYDC) create and perform innovative and influential dance, bringing together the brightest talent from across England to create a production with a guest artistic director, chosen from Sadler’s Wells’ renowned pool of Associate Artists.

Since its inception in 2012, NYDC has created an annual production with critically acclaimed choreographers including Sidi Larbi Cherkaoui, Sharon Eyal, Damien Jalet, Michael Keegan Dolan, Akram Khan and Jasmin Vardimon. Each year, these productions are performed at Sadler’s Wells and tour across the country. The company has established a reputation for producing challenging and high-quality productions.

Joining NYDC can be a life-changing experience for young people, presenting career possibilities and raising aspirations, self-esteem and confidence, and introducing them to the very best of professional dance practice. The company recruit new members each year.  To join, dancers are invited to attend a free workshop to learn more. NYDC dancers are aged between 16-18 or up to 24 if deaf or disabled, with a broad range of abilities. NYDC is a diverse and inclusive company, dancers come from a range of social backgrounds, dance styles and experiences.

International performer, choreographer and teacher Alesandra Seutin grew up in Brussels and lives in London. She studied dance internationally and continued her training at the École des Sables (Senegal) where she became a student of Germaine Acogny, training directly under Acogny. Seutin is an Artistic Director for École des Sables. Working in a variety of fields, Seutin is also a movement director, dramaturge, teacher and performer, performing for several noted artists including Jonathan Burrows, Tanusree Shankar, Germaine Acogny and Rafael Bonachela. Seutin founded Vocab Dance in 2007 and has progressively built an international reputation for creating thought provoking and visually striking performances. Her creativity is inspired by social and political circumstances, and with movement, voice and music, she shares stories to encourage further conversation.

“If this is the future of dance, we’re in safe hands.” 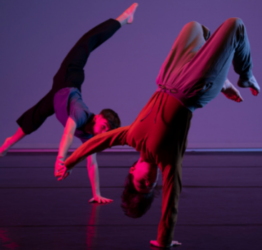 Students from the DanceEast Centre for Advanced Training (CAT) perform a mixed bill of original works commissioned by influential national and international choreographers. 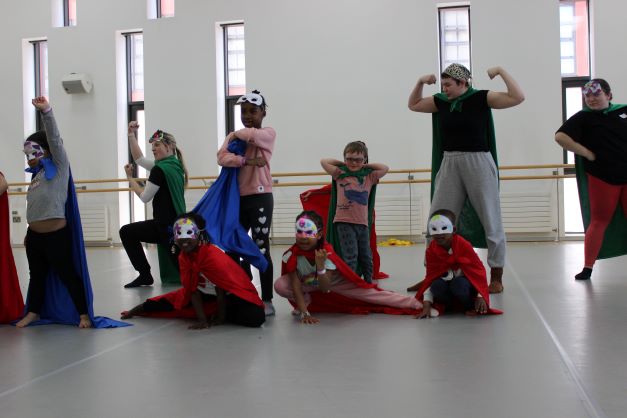 Filled with creative dance sessions, Let's Dance! Holiday Club is a fun, energetic and imaginative way for young people to learn and express themselves through movement.